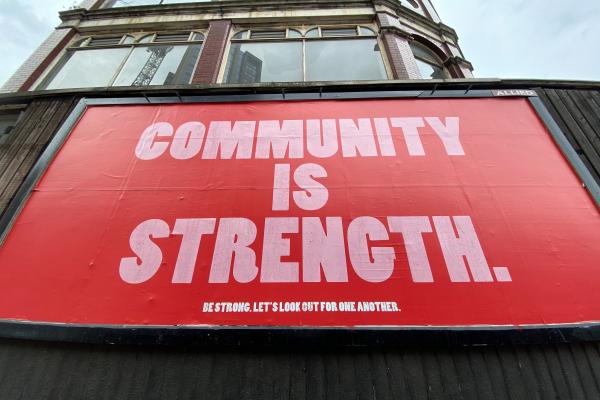 A local authority was entitled to require removal of three advertising hoardings that protruded a few centimetres over a pavement. The High Court’s ruling to that effect raised novel questions concerning the interrelationship between the powers of planning and highway authorities in respect of outdoor advertising.

The case concerned three street-level advertising hoardings that were attached to the wall of an urban building. The council served a notice under Section 255A of the Town and Country Planning Act 1990, requiring their removal. A challenge to the notice, brought by a company that specialises in the provision of outdoor advertising space, was subsequently rejected by a district judge.

Because the hoardings protruded over, or oversailed, the pavement by about 20 centimetres, the district judge found that the company was required to show that it had obtained a licence or other form of permission from the relevant highway authority prior to the issue of the removal notice.

The failure to do so amounted to a breach of Special Condition 1 of the Town and Country Planning (Control of Advertisements) (England) Regulations 2007, which requires that no advertisement is to be displayed without the permission of the owner of the site or any other person with an interest in the site entitled to grant permission.

The company asserted, amongst other things, that the oversailing was trivial and that pedestrians were in no way inconvenienced by the hoardings. It contended that the highway authority had no interest in the site and thus had no power to grant a licence. The district judge, however, ruled the removal notice valid.

Dismissing the company’s appeal against that outcome, the Court found that the highway authority had the power under Section 177 of the Highways Act 1980 to grant a licence in respect of the hoardings. It also had the power to serve notice on their owner requiring their demolition or alteration. The existence of those powers meant that it was a person with an interest in the site, within the meaning of Standard Condition 1, and that its permission for the hoardings should therefore have been obtained.