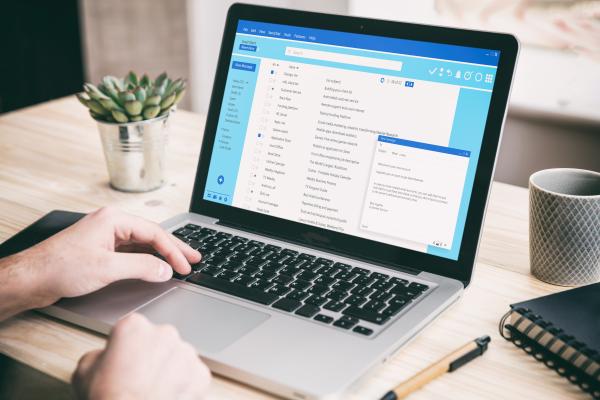 It is a longstanding rule of law that dispositions of beneficial interests in land must be made in writing and signed. Times move on, however, and the Court of Appeal has ruled in a ground-breaking case that an email with a typed name at the bottom can suffice to meet that important legal requirement.

The case concerned an unmarried couple who acquired their home as joint tenants. After the relationship ended, they had discussions concerning division of assets and exchanged emails whereby it was agreed that the woman should have the house. They typed their names at the bottom of the relevant emails.

A dispute, however, subsequently developed when the man sought an order for the property’s sale and an equal division of the proceeds. A judge found that the woman was entitled to the entire equity in the house. The man’s challenge to that outcome was rejected by a more senior judge but, given the public importance of the legal issues raised by the case, the Court took the unusual step of hearing a second appeal.

Ruling on the matter, the Court found that the man’s emails were sufficient to satisfy the strict requirements of the Law of Property Act 1925 that dispositions of equitable interests in land must be in writing and signed. There was no dispute that the emails were ‘in writing’, but there was a live issue as to whether appending a name at the bottom of an email amounts to a ‘signature’.

In ruling that it does, the Court noted the sheer volume of correspondence that takes place nowadays by email, rather than by letters with a ‘wet ink’ signature. It was entirely appropriate that the law should recognise that technological developments have extended what an ordinary person would understand to be a signature.

Dismissing the man’s appeal, the Court found that, by appending his name at the base of his relevant emails, he had ‘signed’ them. The formalities required by the Act having been met, his emails were sufficient to release his beneficial interest in the house to the woman. There was, in any event, a common intention that she should have the house and she had relied to her detriment on the agreement contained in the emails.